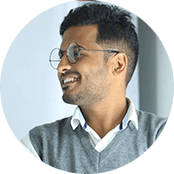 Manish Sharma is an architect who graduated from the FOAP JNU Jaipur in 2015 and did his Master’s from DIA Dessau in Germany in 2016. He was Project Architect and Building Design Head of Team Shunya, IIT Bombay in the Solar Decathlon China in 2018. Manish was awarded the Young Achiever Award in 2017 by AAA Foundation. Currently, he has his own practice called ‘Opame Architects’ in Jaipur. He also loves playing the guitar and several other musical instruments. He has a social media page ‘Desi Indian Architect’ with over 50 thousand followers, where he interacts with students, educators, and others to gain and share knowledge.